The School of Visual Arts (SVA) in New York releases a subway advertisement every year. Over the 70 year history of the school it’s internal studio The Visual Arts Press has collaborated with many celebrated designers (Paula Scher, Louise Fili, Milton Glaser, George Tscherny; to name a few) to create these posters. Each poster uniquely sells the idea of fostering creativity in a way that can withstand the visual clutter of New York’s subway. More posters can be seen here. 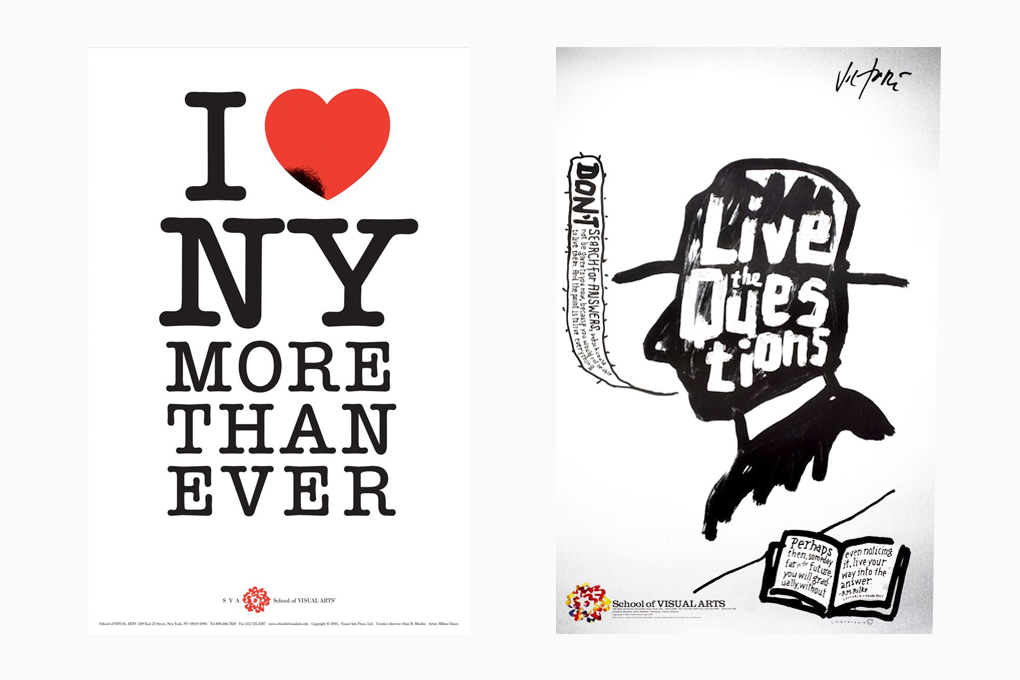 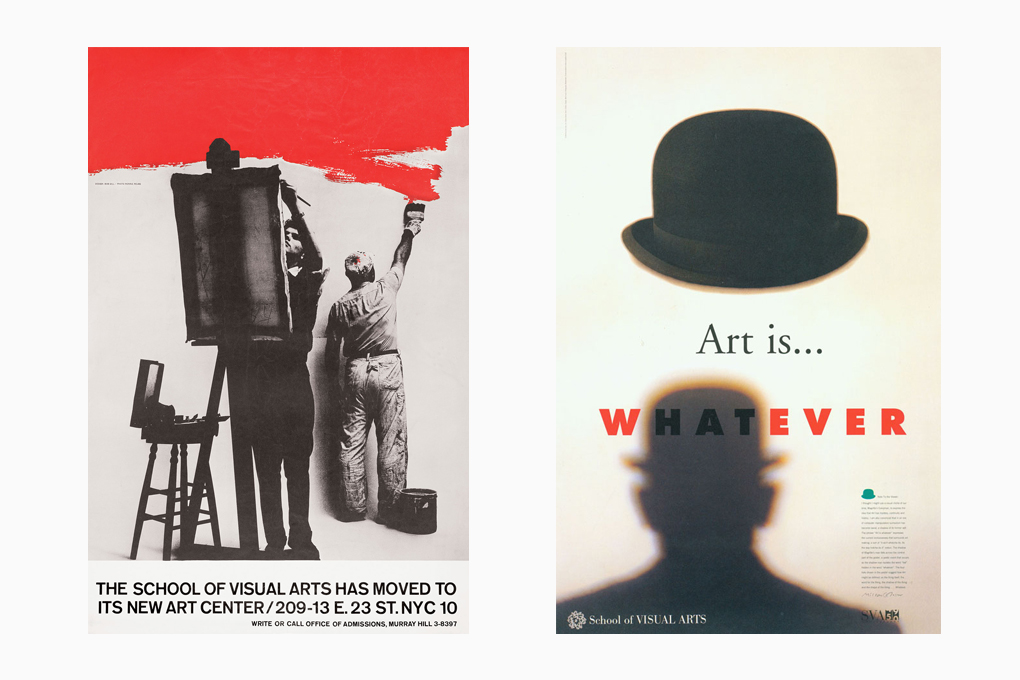 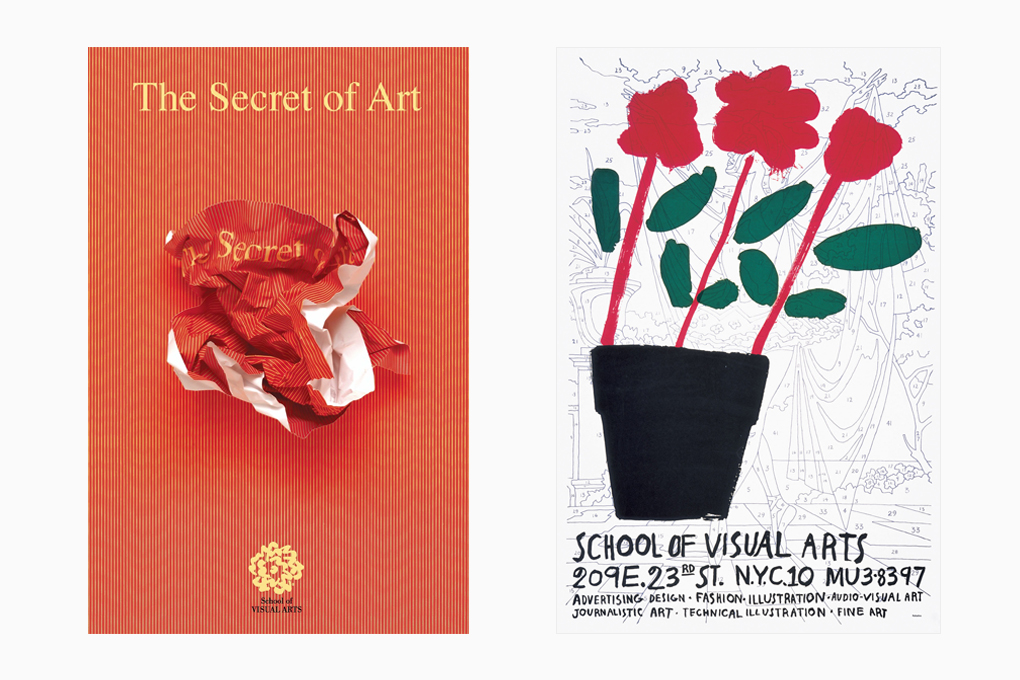 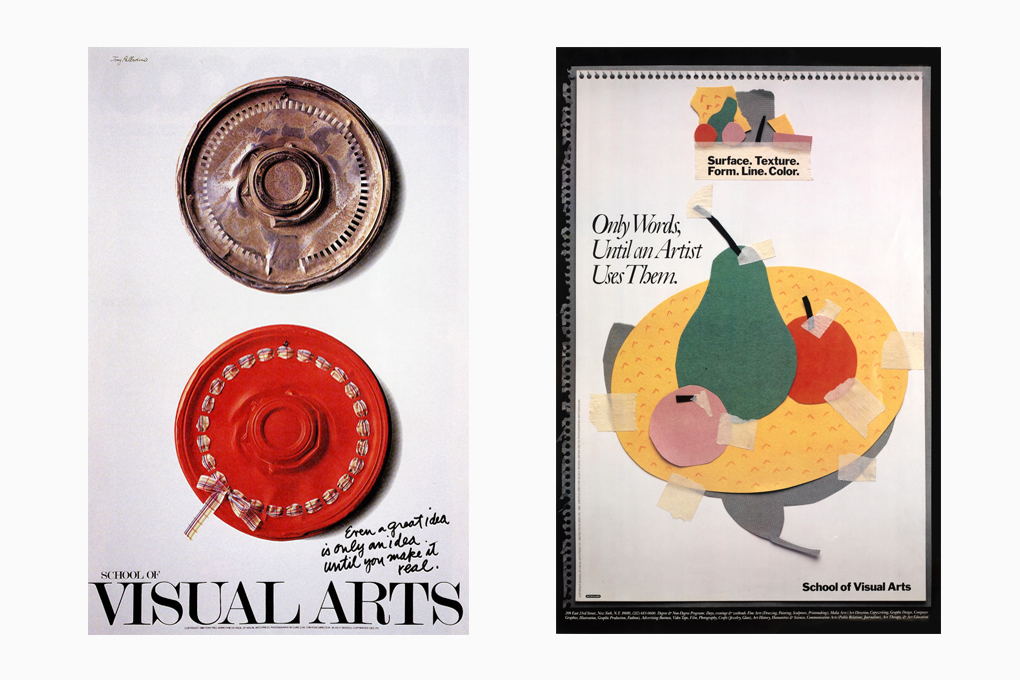 Even something like color palette guidelines don’t have to be static. This animation not only explains the dynamics of choosing colors for Google products, but does in an easily digestible and enjoyable way. What designer doesn’t love watching moving fields of color? 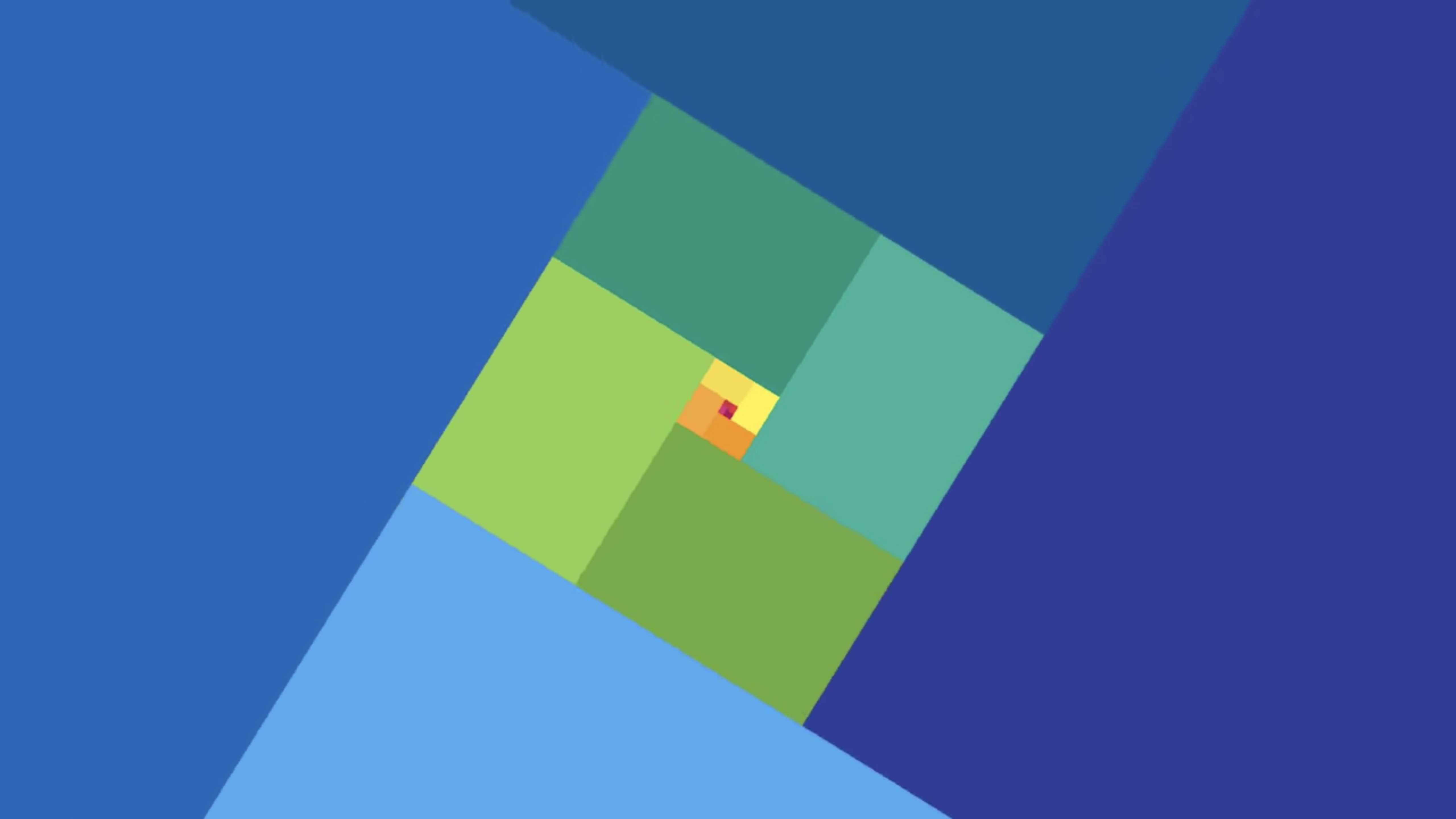 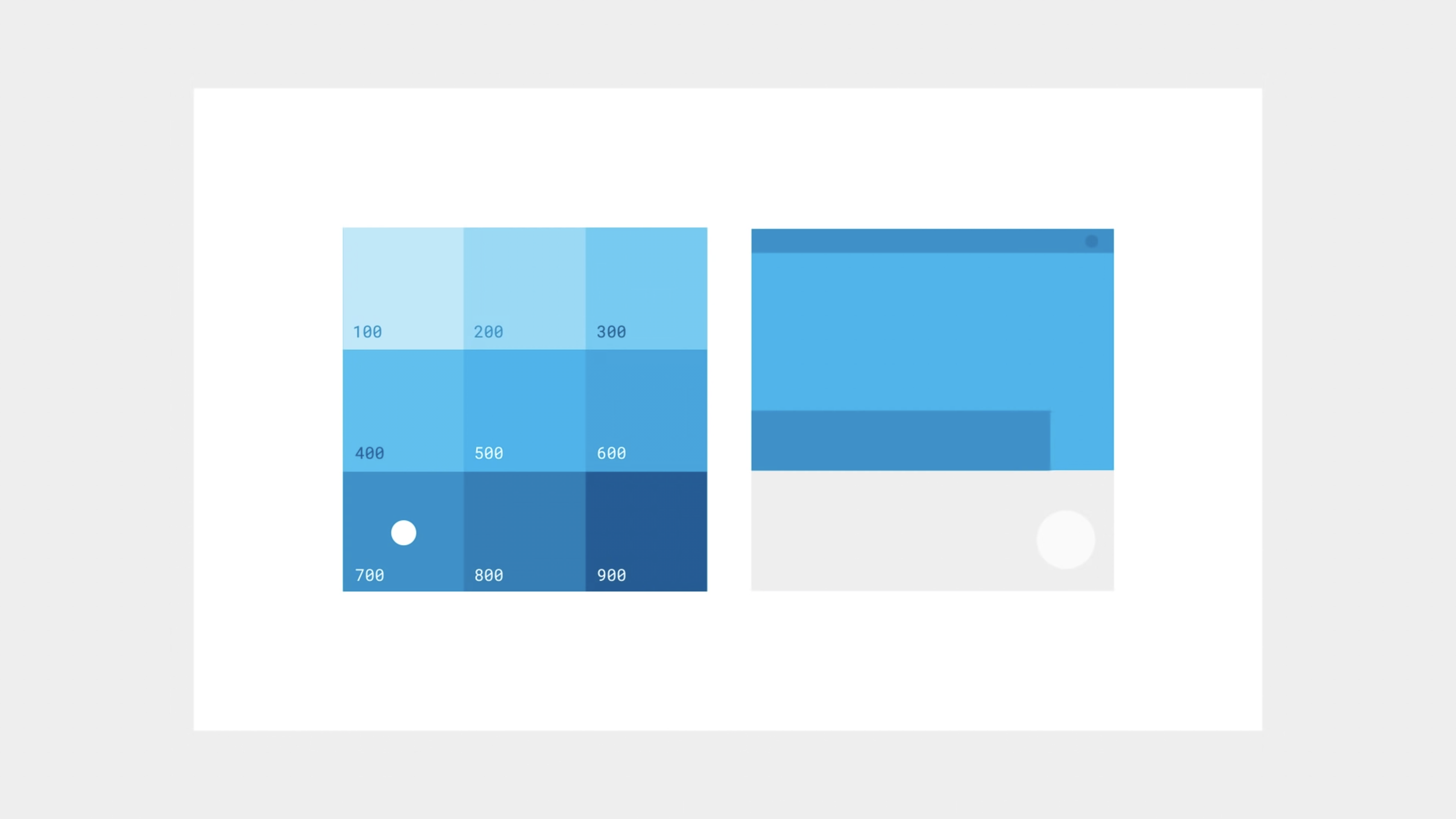 The copy-driven membership campaign for MoMA uses the museum as it’s medium to entice visitors to join in unexpected places. 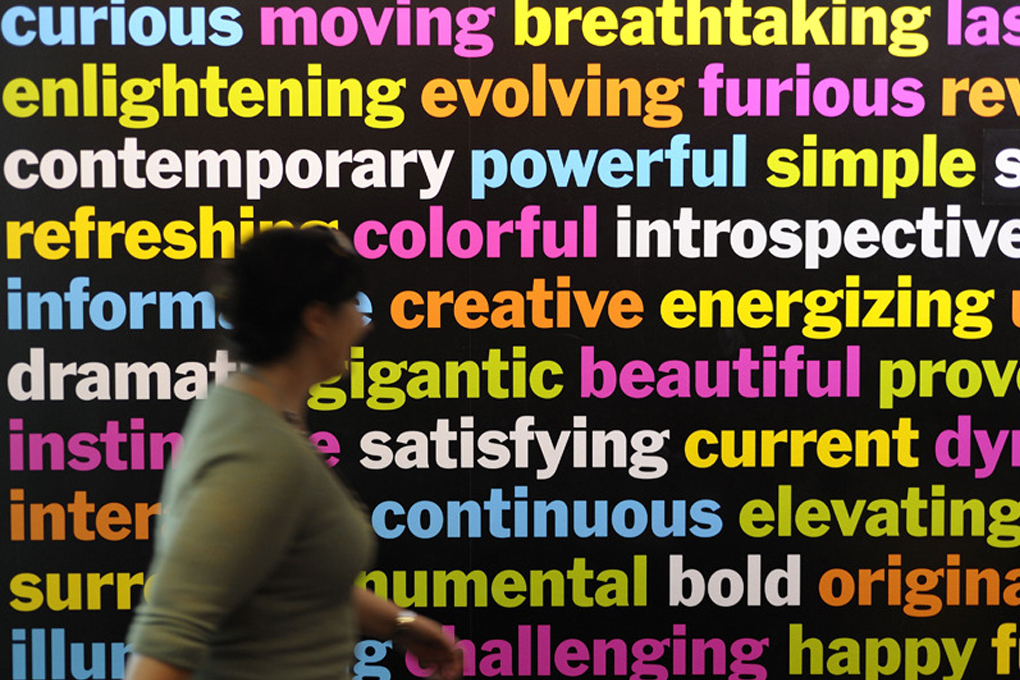 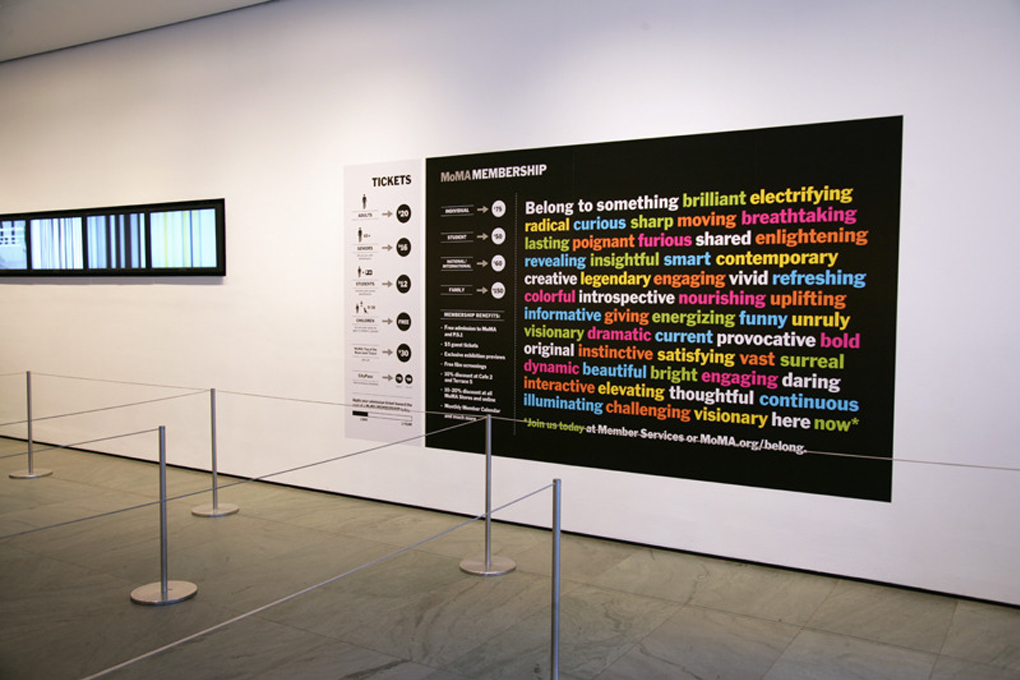 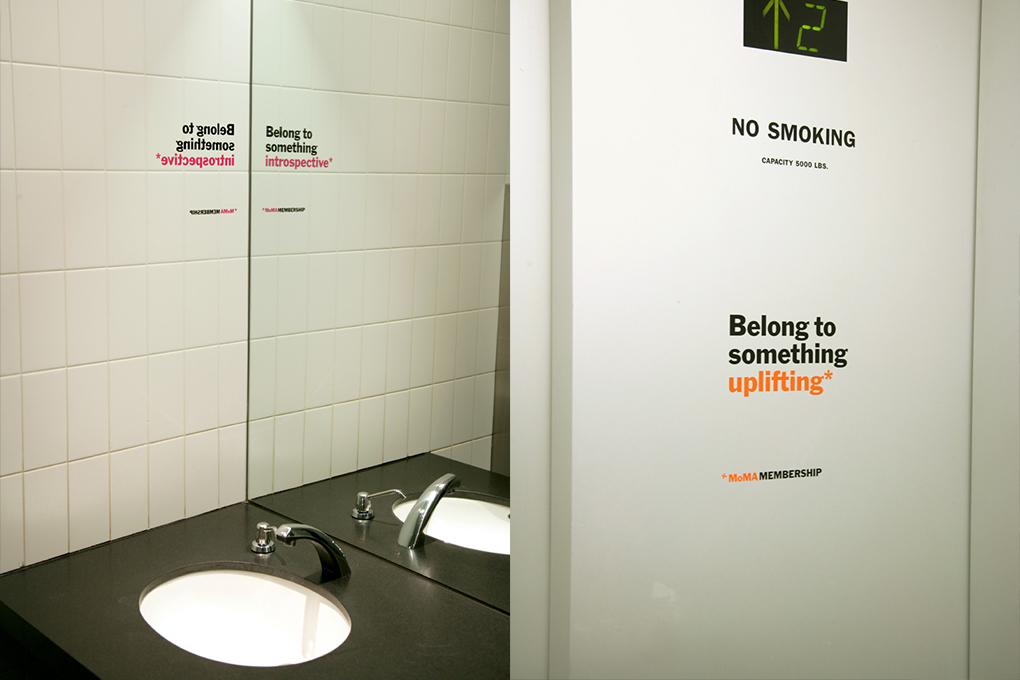 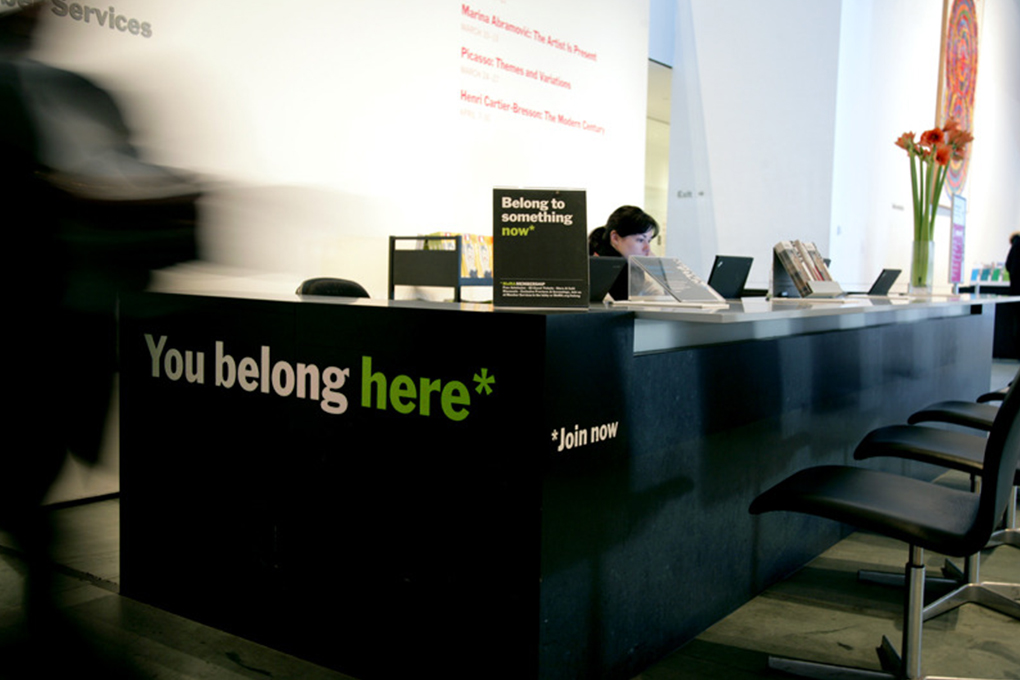 New York City is a do-it-yourself place, therefore a Nike promotion for the city had to fit that aesthetic. Hidden within the Nike logotype is unforgettable lettering that marries the two entities. 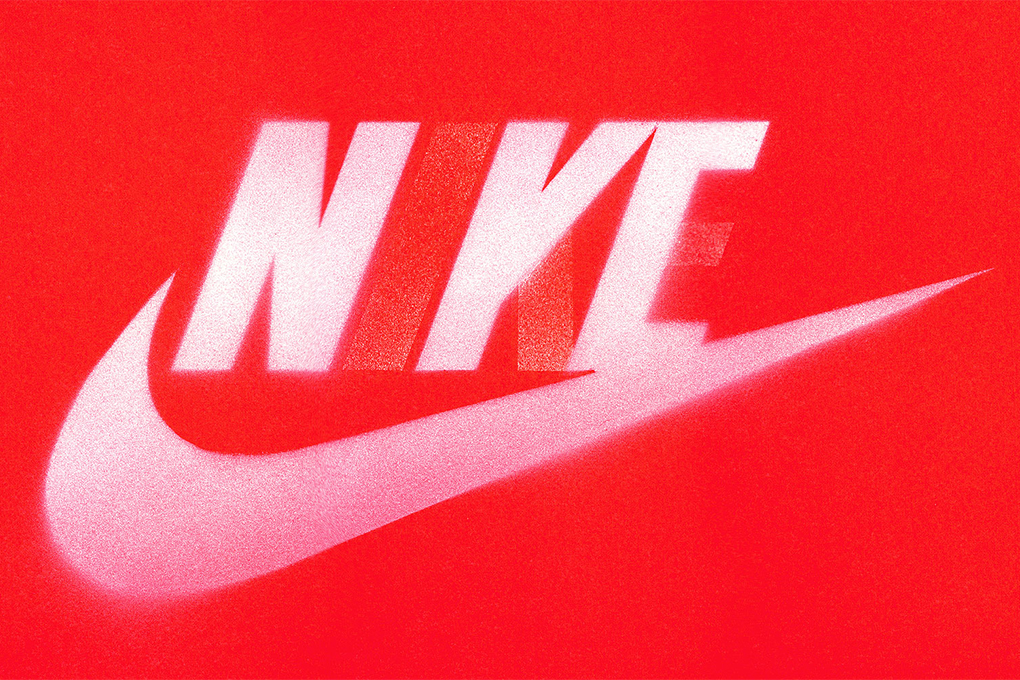 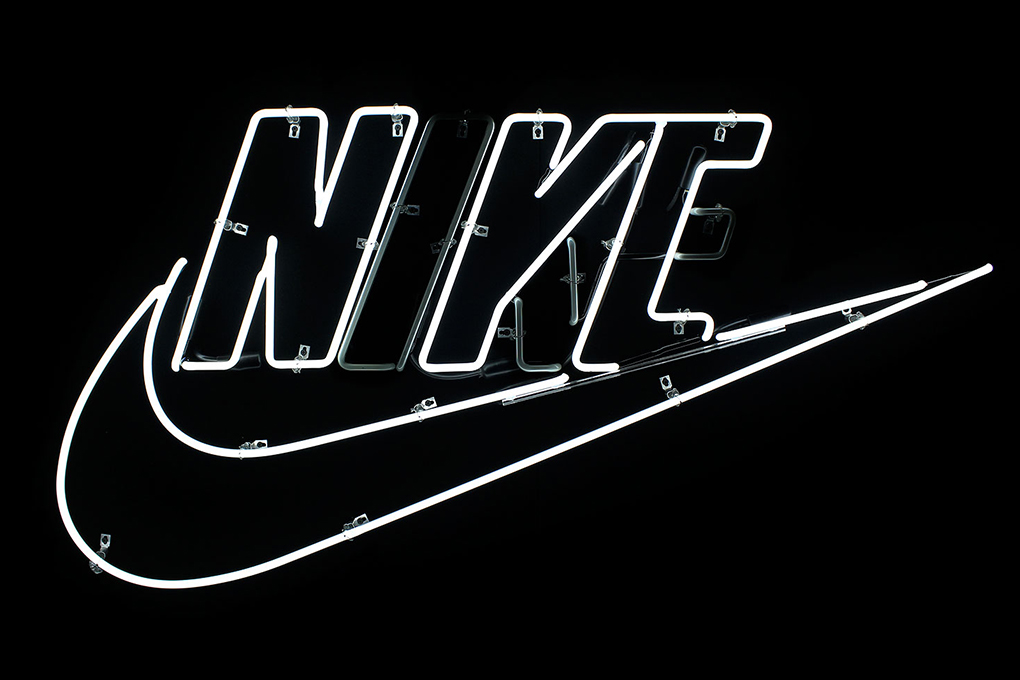 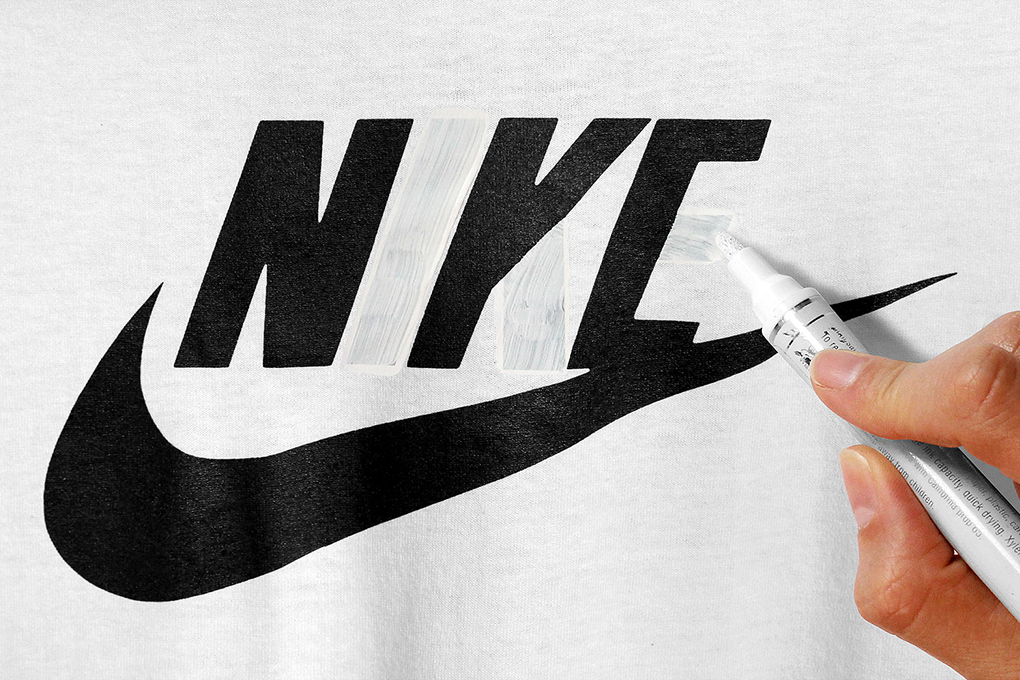 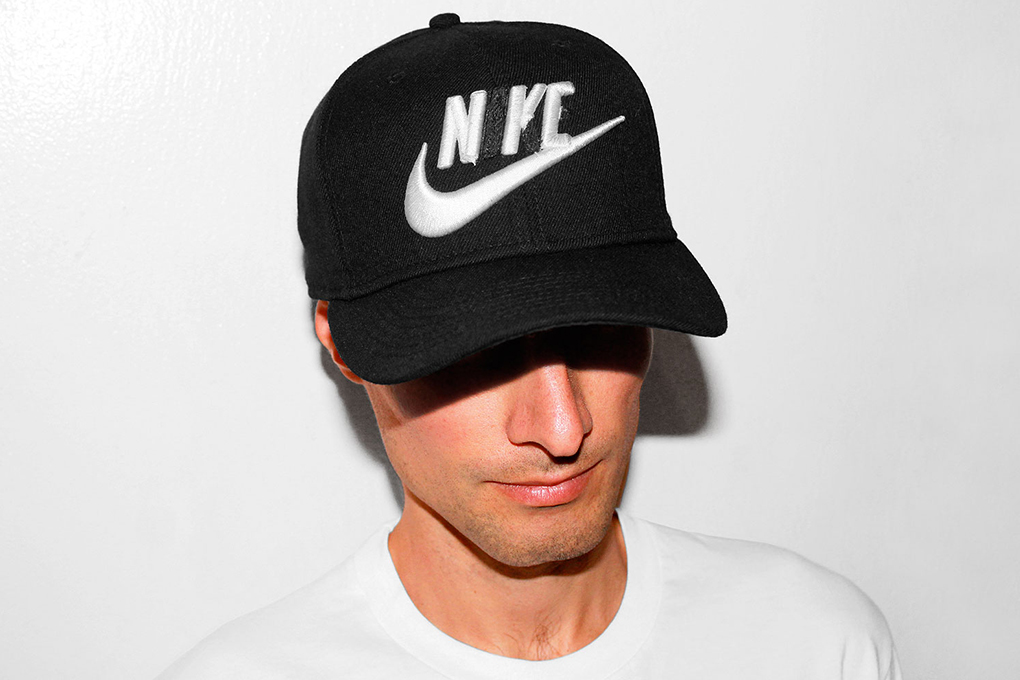 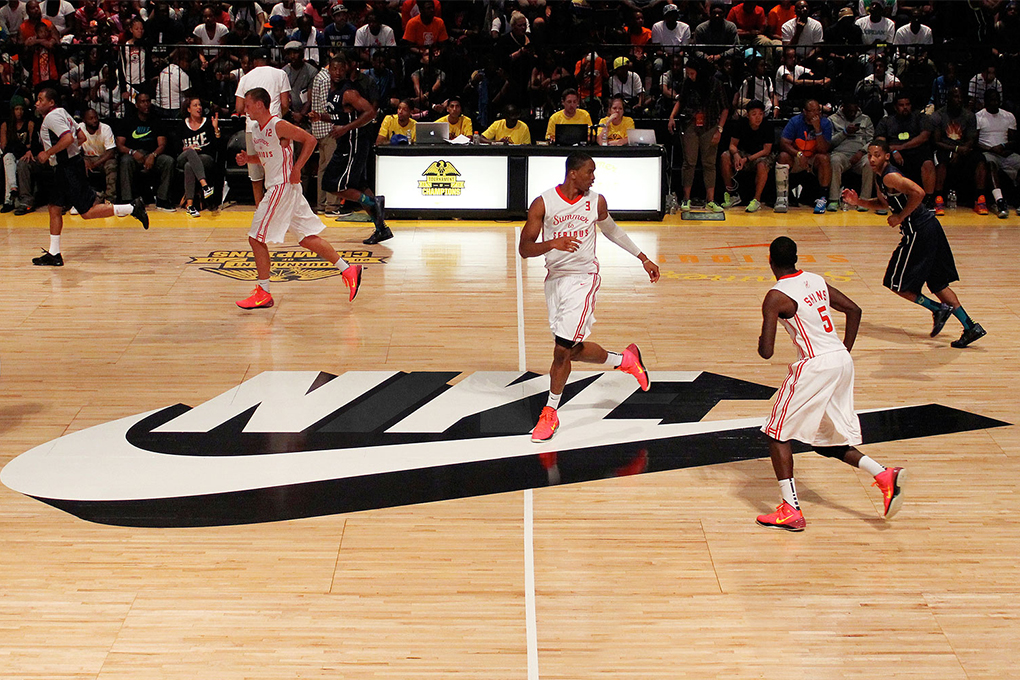 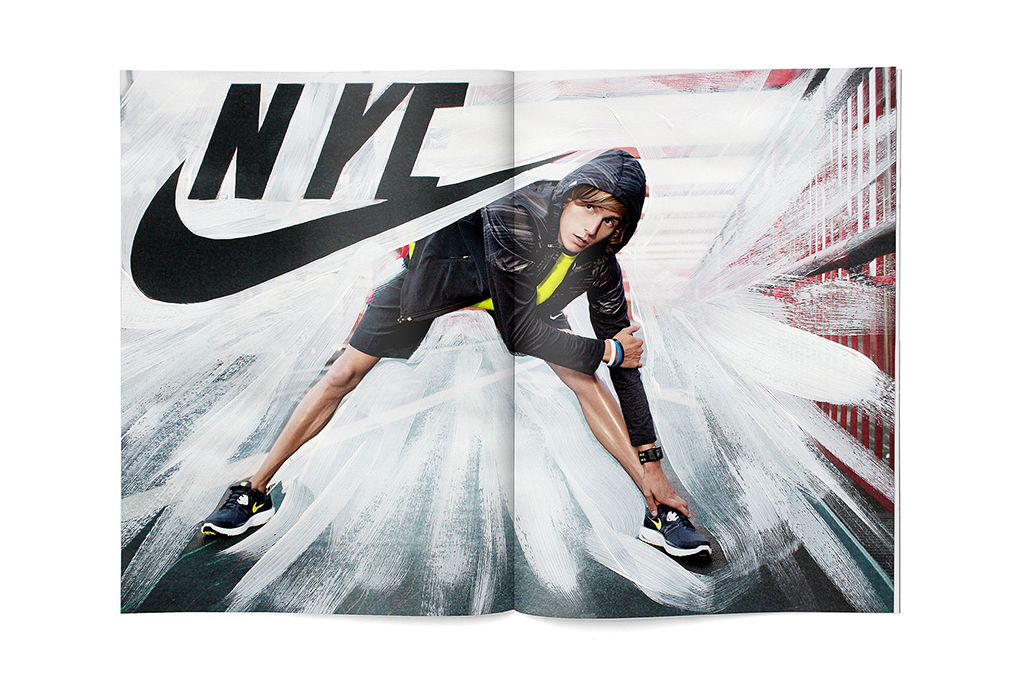 Using the rich archive of the modern art museum, the identity for Moderna Museet borrows lettering by Robert Rauchenberg from a 1983 exhibition catalogue. The distinct signature works wonderfully on the wide format of the building and is combined with a bold wayfinding system used throughout the small island it is located on. 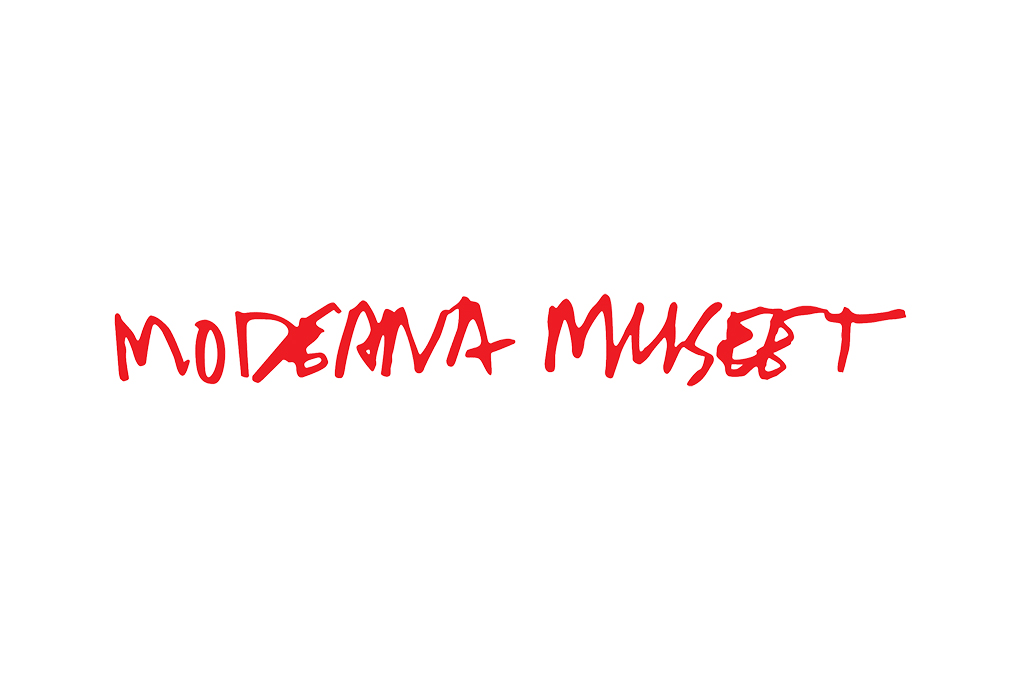 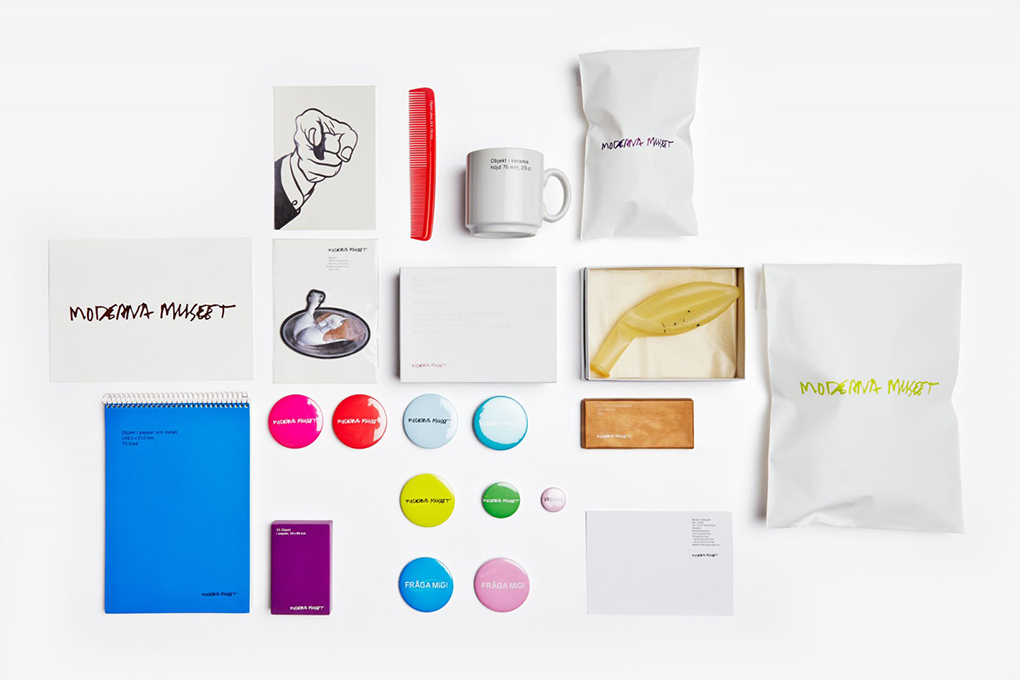 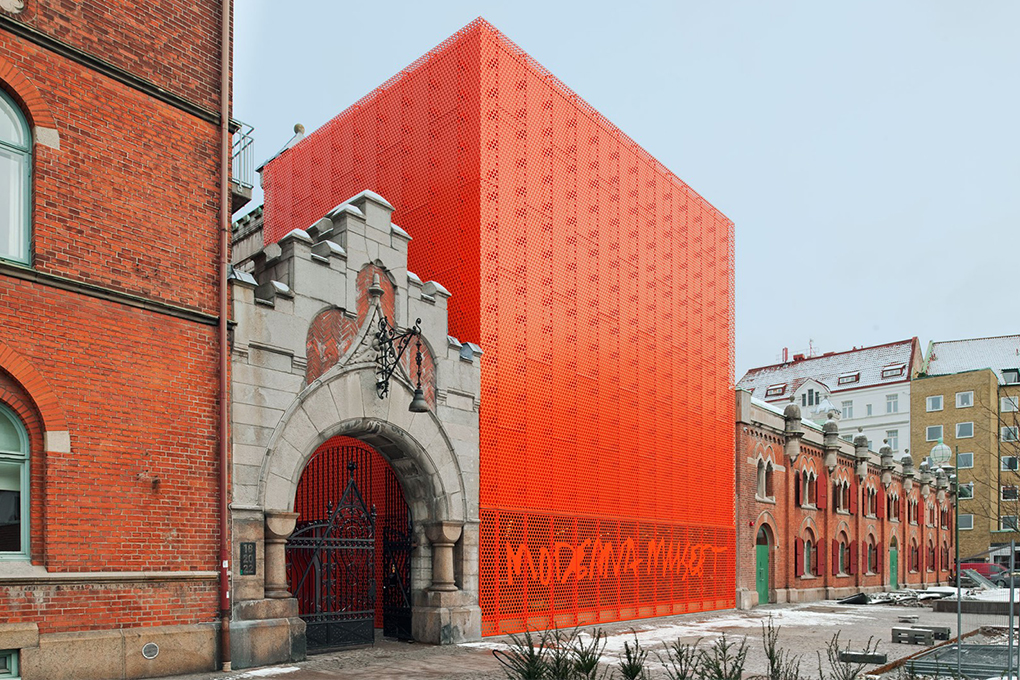 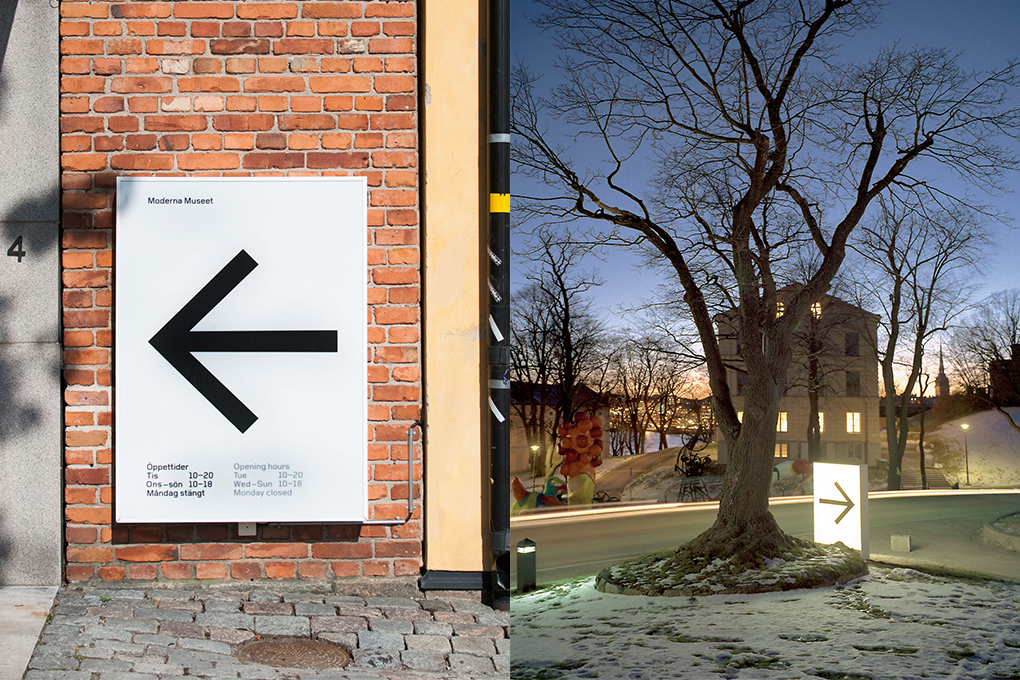 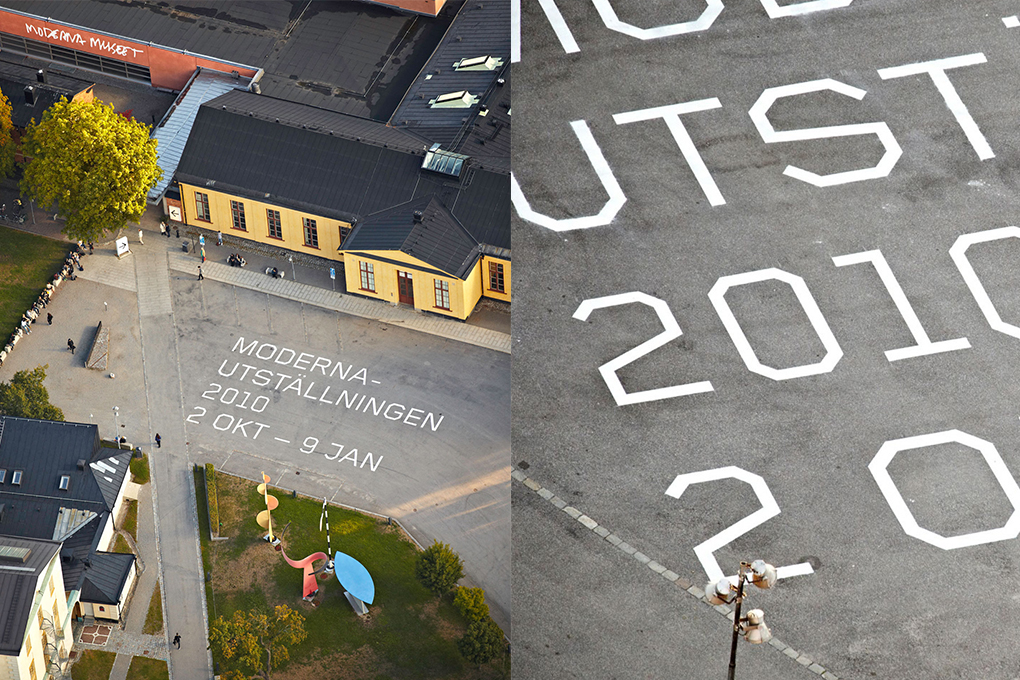